In October 2011, the truck driver, responsible for a crash that killed one and injured several others, pled guilty to 15 false statement counts. He admitted to falsifying his Federal Motor Carrier Safety Administration (FMCSA) regulated logbooks to conceal the fact that he drove in excess of the allowable driving hours without the required period of rest. The federal charges are related to an accident on US 76 in Philadelphia, Pennsylvania, in which one person died and five others were seriously injured when the defendant’s truck plowed into stopped traffic.

He previously pled guilty to various state charges including one count of vehicular homicide. The DOT Office of Inspector General analysis of the driver’s regulated driver logbooks revealed that he was driving in excess of FMCSA maximum hours of operating a commercial vehicle at the time of the accident.

The truck’s owner was previously sentenced on state charges, as was another dependent who admitted to selling inspection stickers to the truck’s owner without inspecting the truck that plunged into stopped traffic.

Replies to This Discussion

I have no sympathy for anyone who wipes out a human life just to go the extra miles. He can say like most do that he was under presure from the company etc but when it comes down to such things, it's the driver who has the choice to stop driving when it's unsafe.

I agree with you Pat, the driver should have refused to go any further, even at the cost of him keeping his job or not.

18 months for the cost of someones life  is not long enough .The reason for the legal breaks speaks for itself and should never be flaunted.

Having read the article about "illegal logs" here tells me that being an author of Illegal logs is not the issue at heart but that maybe this driver was listening to the voices at at the other end of phone and doing as what he was told for I have been guilty of that so many times in my life and treatened with fines if I did not comply and I learn to be a puppet that minded they master who pulled the strings until I stood my ground and became an independant owner operator and could fight back for I always told my drivers that REGARDLESS OF WHO GAVE YOU AN ORDER, THAT LOAD CAN ALWAYS BE RESCHEDULED so YOU decide which order you want to follow for there are always 2 orders and one is YOUR DISPATCHER and the other is YOU for it is YOUR life at risk as well as others around you and not some voice on the other end of the phone who has NOTHING TO LOSE... The oilfields taught me to learn how to "pace myself" to get more work done with less effort and in that way I got big fast financially and gained the status of employer but then when I could not teach others what I knew, I soon learned how I was going to go broke for so many drivers thought they were in control and could drive for 5 hours and go party ect thus forcing me to lose money in "recheduling freight..

Alvin  we in the UK have a new gadget in our trucks called a Digital Tachograph Card which records all vehicle movement. working hours, rest  hours , speed , etc and cannot be tampered with, do you think as a proffesional  truck driver in the USA  would be better than writting a log book, which can be altered.

Yeah the digital Tacho is so tamper proof that it can be stopped with a simple magnet. With our qualcom the DOT can ask for the records and they can plot where you were against your Log Book I seem to remember thats how some European companies were caught when VOSa checked their satalite records. At the end of the day if some wants to break the law to get it done you cant stop them unless you catch them at it.

Mr Tom sir,  You have a very valid point HOWEVER the unplugging of a wire or a magnet or a simple steel wire in the right spot can alter the usefulness of the Digital Tach Card recorder.. I personally have never torn one apart but when someone makes them, then he as well can show how to alter the usefulness of them BUT the point of such a machine recorder I do honestly hate is that in adverse weather or in sites of closed hyways ie accidents or landlides, the DRIVER could be shut down out in land of nowhere with no benefits ie cafe or bathrooms or anything such as because the machine recording the movements and operation of the truck has shut it down because it was over on hours or whatever.... I do not like recorders but do appreciate the LOG BOOK hand written cause in that way, a driver can make enough money to take some home at end of work week.. OUR electronic data recorders record when you enter a town or muncipality like Los Angeles, California and shows off duty not driving until that vechicle leaves the said city or municipality and that could be as many as 2 days constant driving delivering or picking up and when you leave the city or county as Los Angeles is almost a full county then the recorder puts ya back to "on duty driving.." Someone can correct me for I never ran an electronic recorder in any of my rigs so I am only saying what I have been told...But I enjoyed the OLD Ways of runing a truck and refuse to honor anyone wanting to install an electronic device that controls my rigs if I were to return to trucking ...

When I drove trucks in the UK and Europe the first truck we bought with a Digital Taghograph was almost 60 miles behind the ones that had the tacho disc after a 9 hour run it recorded every movement as 15 minute drive time so driving in stop start traffic was a nightmare. I know one owner operator who used 2 recorders similar to 2 log books how can you compete against people like that if you dont want to break the law.I now drive trucks in Canada and the USA  have never had the need to bend the book or run 2 books and can still make a good wage. I once got 3 level 1 inspections in a 10 day period and got a clean slate so I must be doing something right.

Permalink Reply by Pika on June 9, 2012 at 7:56pm
That is not true, at least not with the Qcomm I have. As long as the vehicle is in gear and moving at a certain speed (I believe it is 20-25mph) or moving for a certain amount of time (in my case 3 min) it will be logged as driving. So on your example, if I were to try to drive from one end of L. A. (shudder), I could be considered to be "driving" for up to 3hrs or more and never leave L.A. County. It sucks. 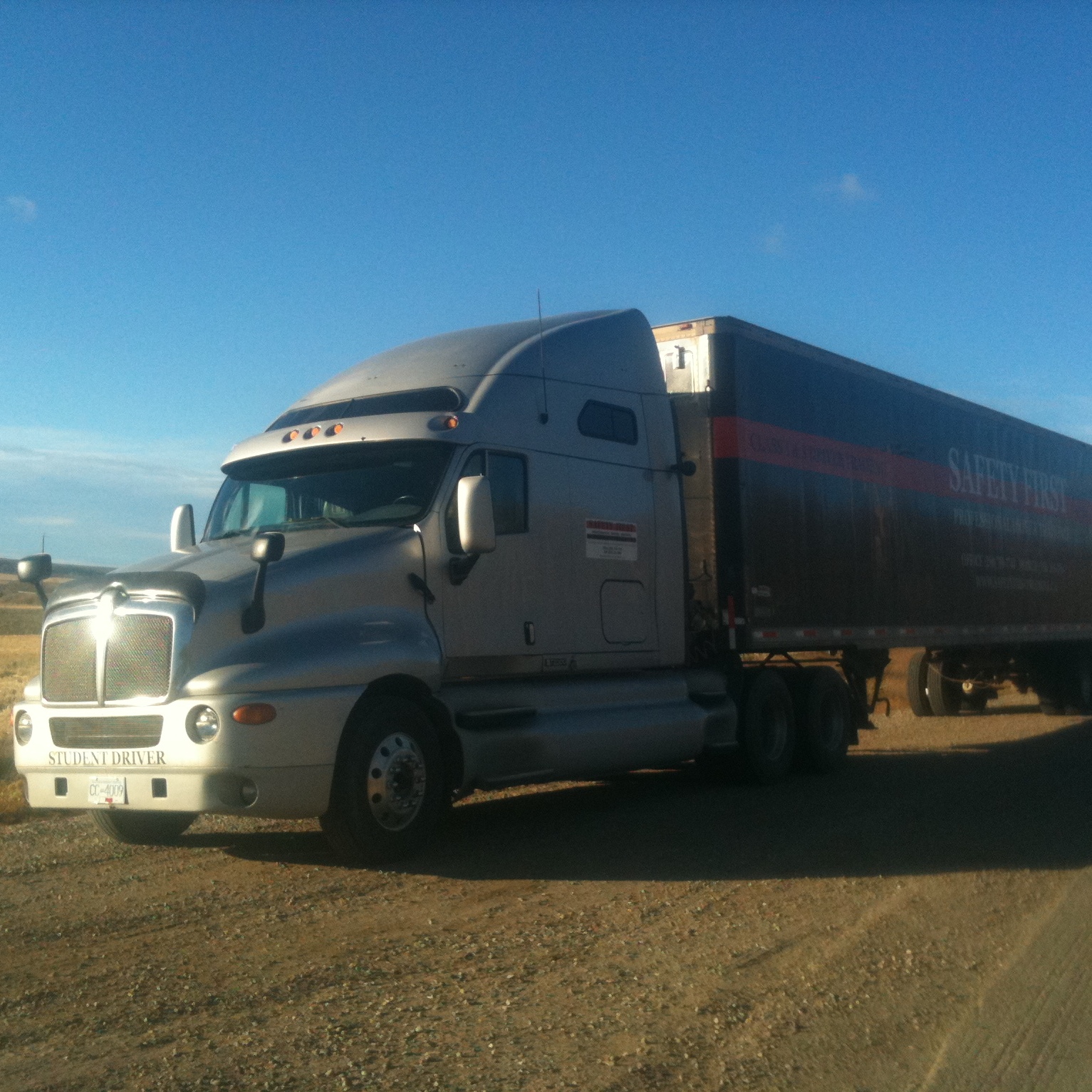